We are here to help!

We work to attract, motivate and maintain excellent team members, who have a child and young person focus. We are very proud of our team. All physiotherapy team members at Active Rehabilitation Physiotherapy who work within the Mars Clinic have:

In addition all team members: 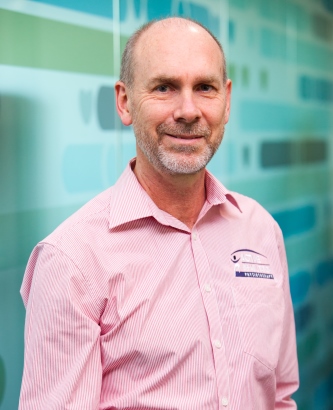 John commenced his physiotherapy career in 1983 at the Mater Public Hospital, South Brisbane. After gaining several years of experience in adults and children’s medical, surgical and orthopaedic management, he established a small solo practice in 1986 on Wickham Terrace, Brisbane. He helped establish Brisbane’s first multi-disciplinary rehabilitation centres within the Australian Sports Medicine Clinic and Brisbane Orthopaedic and Sports Medicine Clinic in 1989. He established Active Rehabilitation Physiotherapy at the Mater Private Hospital in 1993.

With extensive experience in knee and shoulder rehabilitation, John regularly lectures undergraduate and post graduate physiotherapists in these special interest areas. For many years he has run partnered clinics in collaboration with some of Brisbane’s top Medical Specialists.

John has a strong commitment to giving back to the Physiotherapy profession. He has been a Physiotherapy Practice Surveyor for Quality in Practice. He sits on the University of Queensland Physiotherapy Department Curriculum Consultative Committee, Chairs the Sports Physiotherapy Australia Queensland Branch Committee and has chaired the Mater Private Hospital Allied Health Committee since 1999.

John is passionate about the philosophy of an Active Approach to physiotherapy. This approach is evident in his treatment, the practice environments, all with fully equipped gymnasiums and in the selection and management of his physiotherapy team.

In consultation with Specialist Paediatric Urologists, who highlighted the strong community need for the Physiotherapy management of Continence, John and his team developed the Mars Clinic for management of children’s bladder and bowel conditions. Having run one of the largest Private Accredited Physiotherapy Practices in Queensland, and with its expansion to several locations, Active Rehabilitation Physiotherapy was well placed to commence and foster the development and expansion of the Mars Clinic: Continence Clinic for Children and Adolescents. 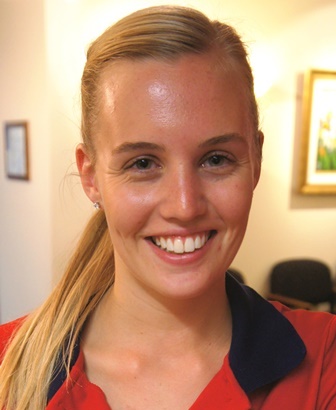 We were pleased to welcome Lauren to the Mars Clinic team in 2015. Lauren has a gentle and caring approach, and is very sensitive to the comfort and needs of her patients.

Lauren has always had a keen interest in paediatric physiotherapy, and she has developed a thorough clinical knowledge in the treatment of child and adolescent continence conditions. She is currently fulfilling the role of Mars Clinic Stream Leader.

Lauren graduated from Griffith University in 2014 with a Master of Physiotherapy, having previously completed a Bachelor in Exercise Science in 2012.  She received multiple academic excellence awards throughout her 5 years of study. At university Lauren was involved in a number of local and international volunteer projects including trips to Cambodia and Timor Leste. As a result she was elected President of Enactus, the volunteering organisation at Griffith University with over 300 members.

In her spare time Lauren enjoys attending the gym, running and playing netball to keep active. 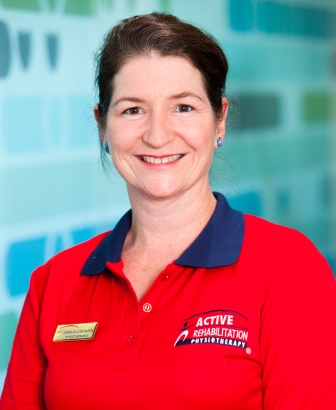 We were thrilled to welcome Joanne to the Active Rehab and Mars Clinic teams in 2012. Joanne is a highly skilled and highly regarded physiotherapist with a special interest in the treatment of musculoskeletal conditions and research. Joanne graduated with a Bachelor of Physiotherapy from the University of Queensland in 1984. She has worked as a clinician, clinical tutor and researcher. She completed a first class honours degree in 1985, a PhD by 1992 and a Clinical Masters degree in musculoskeletal physiotherapy in 1999. Joanne’s studies reflect her love of the physiotherapy profession and her continual quest to improve diagnosis and physiotherapy practice.

For the first 20 years of her professional career, Joanne was the Australian protégé of the late Professor Vladimir Janda, a neurologist and manual medicine doctor from Prague. He imparted his specialist understanding of the motor system and its control, which has provided an important foundation for Joanne’s practice. She has spent her clinical career in a variety of settings, working with adults, adolescents and children in both the public and private health sector.

Joanne also works as one of Active Rehab’s senior musculoskeletal outpatient clinicians. She has an ‘Active Approach’ to patient treatment, incorporating a combination of ‘hands on’ treatment and individually tailored exercise programs.

In 2012 Joanne was awarded the prestigious ‘Professional Excellence in Research’ award for services to the profession at the Australian Physiotherapy Association’s Queensland Awards Night. With her vast experience and special interest in research, with more than 75 publications over her career, Joanne acts as a consultant and mentor to the Mars Clinic in the development of research papers and presentations, encouraging our commitment to validating our assessment and treatment techniques.

Joanne works as a therapist within the Mars Clinic from our Brookwater practice. Coupled with her clinical knowledge, Joanne has a kind and caring disposition that allows her to cater to the needs and comfort of her patients. 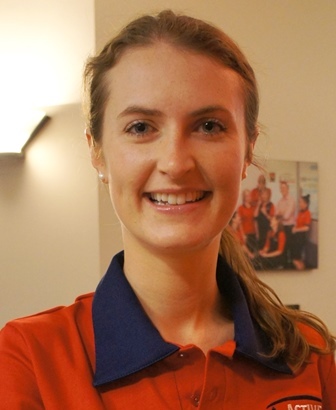 We were pleased to welcome Phoebe to the Active Rehab and Mars Clinic teams in 2019.  Phoebe is part of our outpatients physiotherapy team at our Annerley and Brisbane North clinics, working with Women’s Health and Mars Clinic patients. She is highly interested in the areas of adult and paediatric incontinence, as well as physiotherapy for women who are pregnant.

Phoebe is also a member of our hospital inpatients team, enabling her to offer connected care to our patients from the inpatient to the outpatient setting.

Phoebe graduated from the University of Queensland with a Bachelor of Physiotherapy with Honours. She received the Dean’s Commendation for Academic Excellence during her studies, and also received the Margaret Nicholl Memorial Award for the greatest proficiency in clinical practice within her cohort.

She has additional qualifications in the areas of Women’s Health and Pilates, and has contributed to 3 published research papers. Phoebe has experience working in a Women’s Health clinic and has instructed Pilates classes, being a firm believer in the use of Pilates as an adjunct to physiotherapy treatment.

Outside of her working life, Phoebe is an advocate and volunteer for a number of foundations, including Man Up, RSPCA, Oxfam, and MS Australia. She also loves socialising with friends and family, baking sweet treats, and going for runs with her black labrador. 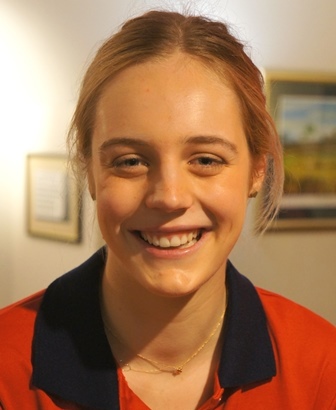 Caitlin joined the Mars Clinic team in 2020, after gaining much experience working as an inpatient and outpatient physiotherapist within Active Rehab.

Her calm and gentle nature allow her to work well with Mars Clinic patients and their families, to go about diagnosing continence issues and figuring out possible solutions.

Caitlin graduated with a Bachelor of Physiotherapy from the University of Queensland, where she received First Class Honours, as well as the Dean’s Commendation for High Achievement on multiple occasions throughout her studies.

During her studies, Caitlin completed a research project analysing falls in paediatric hospital and community healthcare settings. She has presented her research at the Queensland Children’s Hospital Allied Health Symposium and the University of Queensland’s School of Health and Rehabilitation Sciences Post-Graduate Research Conference. 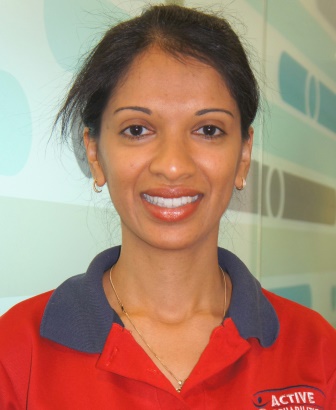 Dipthi has been a member of our Mars Clinic team since the very beginning, with a keen interest and a supportive approach to Child and Adolescent Continence issues.

Dipthi has previous experience working with a range of sporting teams including swimming, basketball, rugby and tennis teams. 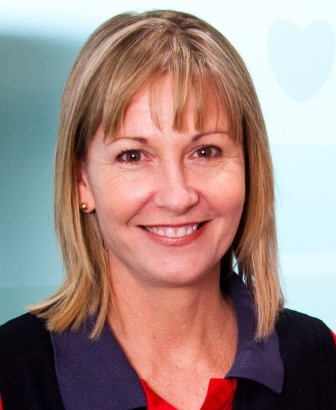 In 1996 Nicole was employed by the University of Queensland Occupational Therapy Department. Here she developed their new Work Assessment and Rehabilitation Unit, was involved in a research project, which developed a new Functional Capacity Evaluation Testing Instrument and employed as a part time Lecturer and Tutor.

In 1999, with the growth of Active Rehabilitation Physiotherapy, Nicole came on board full time, to assist her husband John in the management of Active Rehab.

Active Rehab then expanded its list of services, to provide much needed continence services to the community. Nicole has been keenly involved in the infrastructure development and expansion of the Mars Clinc: Continence Clinic for Children and Adolescents since its inception in 2008. She is proud of the Mars Clinic’s impact on the community as a whole and of the confidence and independence it generates in the youngest members of our community. She closely supports the Physiotherapy and administration team in their service delivery. 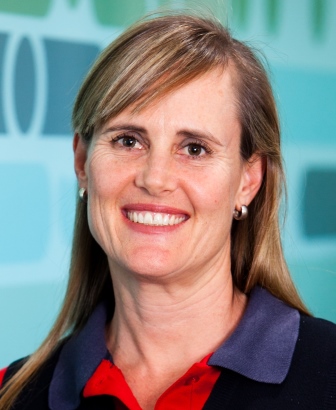 Michelle graduated with a Bachelor of Business from the Queensland University of Technology in 1996. Michelle’s degree comprised a double major in Accountancy and a secondary major in Business Law and Taxation. She was awarded the Dean’s Award for Excellence.

Prior to studying, Michelle worked for the Federal Government for four years as a Senior Policy Officer for the Department of Housing and Construction. Her work involved briefing senior management, including the Minister, and the evaluation of housing programs of assistance. Michelle also spent eighteen months working for the St Vincent de Paul Society, providing support to young people, drug and alcohol affected people and those suffering from mental illness.

Whilst studying for her degree, Michelle worked for a press monitoring firm. Here she progressed from reading and analysing newspaper articles, to the position of General Manager.

On completion of her degree, Michelle worked for the next 14 years in the State Actuary’s Office, within Queensland Treasury. Her work involved undertaking actuarial investigations of the Queensland Government’s superannuation funds. This ranged from providing superannuation consulting services, including fund and benefit design, to providing accounting and taxation certificates to ensure compliance with Commonwealth legislation. Michelle also co-ordinated the management activities of the office. This included operational and strategic planning and utilisation of human and financial resources. 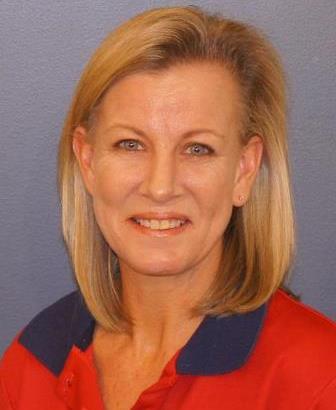 Celine graduated from North Brisbane College of Advanced Education in 1980 with a Diploma in Community Recreation. She worked as a Recreation Officer in a variety of positions in resorts, nursing homes and child related services. This included YMCA, National Fitness, PCYC, local councils and welfare organisations, such as Centacare, where she coordinated Outside School Hours Care programs for school aged children. After completing further studies in early childhood, Celine spent many years employed as a group leader in child care centres and as a school officer in the preparatory year level at Marymount Primary School on the Gold Coast.

In 1997, after having three daughters, Celine then became self employed as proprietor and senior administrator in her family electrical contracting business.

In 2012, we were very fortunate that Celine joined our Active Rehab and Mars Clinic teams. She is loved by our team and the patients alike, especially the youngest ones. Celine has a mature, caring, highly efficient and organised approach to her work.

Celine enjoys the beach, bushwalking and spending quality time with her daughters. She has always enjoyed an active lifestyle. She represented Queensland in the National Titles for athletics and has been in representative teams for netball, touch football and indoor cricket.

We were privileged to have Jodie join our Active Rehab and Mars Clinic teams in 2019, as a Senior Receptionist and Administration Officer. Jodie commenced at our South Brisbane practice, and is now skilled at providing support to our patients and our team, across all of our practice locations.

Jodie graduated with a Bachelor of Commerce from James Cook University in Townsville. Her administration experience extends across a range of industries, having worked in cement and concrete manufacturing, personal legal liability, a primary school setting, and for Little Athletics.

Jodie enjoys staying fit and keeping active by volunteering as a surf life saver at Bribie Island, alongside her family. She also enjoys camping, trail running, and cycling. 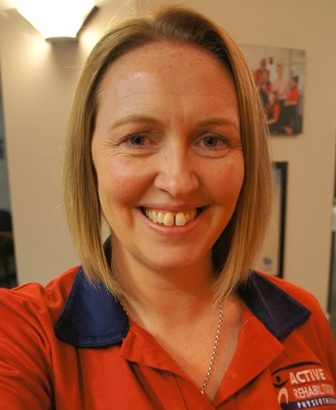 We were pleased to have Ciera join our Active Rehab and Mars Clinic teams as a Senior Receptionist and Administration Officer in 2019.  Ciera works at our Brookwater practice.

Ciera brings over 20 years of customer service experience to her role, with at least 10 of those years working in reception and administration positions.  She brings an intelligent and compassionate approach to our patients and our team.

Ciera has a passion for floristry, and is trained at both a national and international level. In her spare time, she also enjoys spending time with her family, reading a good book, and going on exciting holidays.

Ciera Livings
COVID-19 UPDATE: Both in-clinic and on-line video consultations are available for all patients. Mask wearing is mandatory at all of our clinics.
+